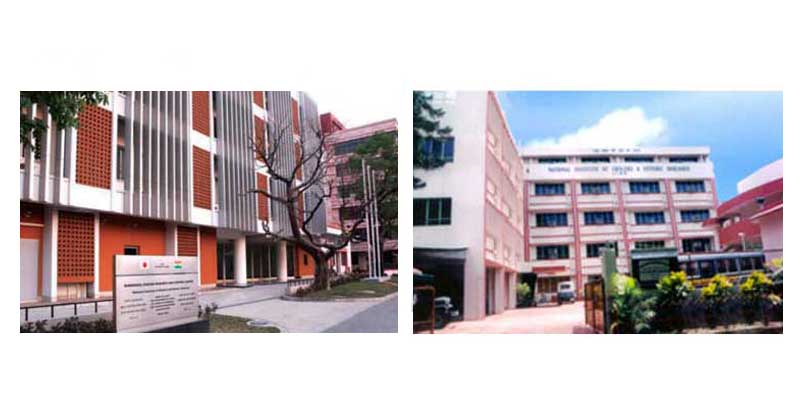 The vision, of the National Institute of Cholera and Enteric Diseases (NICED), is to perform research and develop strategies for treatment, prevention and control of enteric infections and HIV/AIDS threatening the Nation’s health.

In order to fulfill its vision, National Institute of Cholera and Enteric Diseases (NICED) will 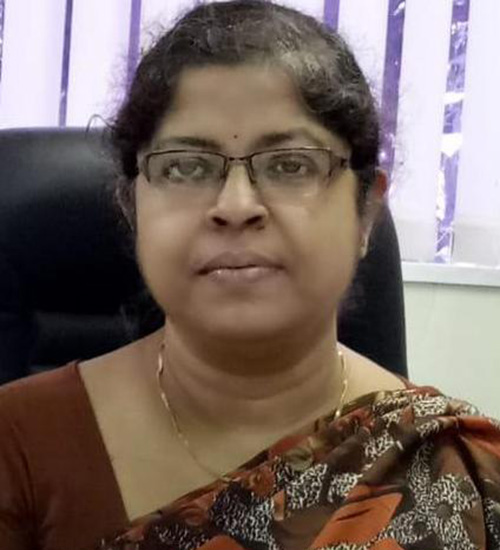 In 1962, about 54 years ago, "Cholera Research Centre" was established in Calcutta (Kolkata) by Indian Council of Medical Research (ICMR) to conduct research on prevention and control of cholera and other diarrheal diseases.In 1968, the Centre was given the status of "International Reference Centre for Vibrio Phage Typing" by the WHO following the outstanding studies oncholera phages in Kolkata and later on, in 1978, it was designated as the "WHO Collaborative Centre for Reference and Research on Vibrios". Subsequently, ICMR converted this Centre into a full-fledged research organizationwith the status of a "National Institute" and renamed it as "National Institute of Cholera and Enteric Diseases" (NICED) in 1979. The WHO recognized this Institute as "WHO Collaborative Centre for Research and Training on Diarrhoeal Diseases" in 1980.

History of journey of NICED over last five decades was eventful. We developed good infrastructure, faculty strength andacademic ambience to conduct good quality biomedical research which resulted in strengthening health system related programs like Diarrhoea Disease Control Program and implementation of Oral rehydration therapy by the Department of Health and Family Welfare, Govt. of India. NICED worked in tandem with the State Health department by implementing the evidence based research at the community level with funds from national and international agencies to achieve the goal of 'health for all'. Translational research is another important area NICED stresses upon which enables establishing the application of laboratory based research findings in the field situation. NICED also focuses on capacity building and Human resource development (HRD) resulting in dissemination of research opportunities to a number of pre-doctoral research fellows for obtaining their PhD degrees as well as to the Post-doctoral fellows for conducting independent research. The research scholars are the strength of the institute and are strongly supported so that they could perform and deliver in the research studies at their best. A number of short term training programs/ workshops are regularly conducted for students, technical staff, scientists, faculties from various national and international universities for their awareness, knowledge and practice. The results of these studies are routinely published in high impact peer reviewed International journals.

During last few years, the dimension of research activities of NICED was further broadened and extended to various other areas based on the national need like emerging threat of antimicrobial resistance; nutritional component of maternal and child health, role of environmental and climatic factors on diarrhoeal diseases like cholera, shigellosis, salmonellosis, amoebiasis; high level antimicrobial resistance in bacteria causing neonatal septicemia, surveillance of acute respiratory tract infections caused by common pathogens including influenza and other non-influenza viruses. Research on HIV/AIDS is another mandate of NICED, which was fulfilled by the NICED scientists by taking up studies one stimation of the burden of HIV/AIDS in Manipur, Punjab among IDUs, socio-behavioral challenges and stigmas of HIV patients, on situation analysis of the children living with HIV or affected with HIV. Development and evaluation of new diagnostic kits; attempts to develop indigenous vaccines against cholera, typhoid fever, shigellosis; herbal formulations for systematic or local infection are some of the examples of the translational research being carried out at NICED. Successful completion of vaccine trials of oral cholera vaccine, Vi polysaccharide typhoid vaccine, and multi center trial on pentavalentrota virus vaccine are the best examples of applied research conducted by NICED at the community level.

Since the inception NICED extended its support for investigations of any outbreaks of diarrheal diseases, infective hepatitis and unknown fever both in the state of West Bengal as well as in any other part of the country whenever any requests came from Government organization. Recently we have extended active support to the State Govt. for investigating impending epidemics of influenza, avian and Swine flu and to investigate high infant mortality rate in Mizoram. NICED takes active participatory role in many health related national programs like immunization program, epidemic preparedness program, strengthening of technical capacity at state and district levels for public health approach.

I gratefully acknowledge the contribution of national agencies e.g. DBT, DST, CSIR, ICMR, DAE and international funding agencies e.g. BMGF, JICA, IVI, WHO etc. over the years spanning for decades which helped NICED to grow and rose to the current position. NICED welcomes active participation in conducting more collaborative research projects with both national and international agencies to address the present health related issues in a broader perspective.

I would like to congratulate and thank all the scientific, technical and administrative personnel for their excellent performance and support for effective running of the institute keeping its glory and repute in the field of basic as well as applied research. Finally, the generous support of Indian Council of Medical Research atany given point of time, whenever it was sought for, is gratefully acknowledged.

NICED moved from the rented premises at No. 3 Kyd Street to its own establishment at P-33, C.I.T. Road, Scheme XM, Beliaghata, Kolkata 700010, adjacent to the Infectious Diseases Hospital. The unique feature of this Institute is that it conducts basic research and applied clinical and epidemiological research on diarrhoeal diseases under the same roof. This Institute has its basic science set up with well equipped, modern technological facilities in different disciplines such as bacteriology, virology, parasitology, biochemistry, pathophysiology, molecular biology, electron microscopy, immunology and biochemistry. Clinical Division of this Institute has set up its units at two different state hospitals, viz. Infectious Diseases Hospital and Dr. B.C. Roy Memorial Hospital for Children. Collaborative research programmes are also being conducted in other state hospitals like S.S.K.M. Hospital, Calcutta Medical College and Hospital, N.R.S. Medical College and Hospital. The Institute has its own selected field areas for epidemiological studies in semi-urban and rural areas near Kolkata. Research activities of different divisions are supported by the Instrument and Equipment section, Media section and Animal House section. A well-maintained library with large number of texts and reference books and a wide collection of leading national and international journals with online facilities add strength to the Institute.

Though this Institute is principally financed by the Indian Council of Medical Research (ICMR), New Delhi, different national and international funding agencies extend support to the Institute on specific research projects.

The Japanese International Co-operative Agencies (JICA) has financed a technical collaborative research with this Institute to conduct research on molecular aspects of different enteropathogens with special emphasis on Vibrios. Under the JICA-NICED exchange programme, Japanese scientists are working in this Institute and scientists and technical persons of this Institute are also receiving training in advanced Japanese laboratories. Department of Biotechnology (DBT), Government of India DST, CSIR, Ministry of Environment, etc. support several projects on basic research. The WHO and UNICEF also provide assistance in applied research activities.

Several workshops on management and preventive aspects of diarrhoeal diseases are sponsored by WHO, UNICEF and Ministry of Health and Family Welfare, Govt. of India. These national and international workshops are conducted at the Institute and also in different parts of India involving doctors of State Health Services and international participants. Several workshops sponsored by WHO, DBT on rapid screening methodology for detection of different enteropathogens are also conducted in this Institute, at regular intervals.

NICED, thus over the decades has evolved as a focal center in diarrhoeal research not only in India but also abroad.

Since time immemorial, eastern India, notably the Gangetic delta is considered as the "homeland" of cholera and a focal point of many of the epidemics and most of the pandemics. More than a century and a half have elapsed since Vibrio cholerae, the causative agent of cholera, was first described by Filippo Pacini and its water borne transmission was demonstrated by John Snow. In 1883, Robert Koch visualized the organism in Alexandria, Egypt and subsequently cultured it in Calcutta (now known as Kolkata). Nearly 70 years later, the toxin that caused cholera was discovered in India by S.N. De in Kolkata and by N.K. Dutta in Bombay (now known as Mumbai). The studies of De and Dutta, in effect, also proved Koch’s postulate by replicating the disease in an animal model and revived the research interest in cholera. The Indian Council of Medical Research (ICMR) decided to establish "Cholera Research Centre" in Calcutta in 1962 to research on the prevention and control of cholera and other diarrhoeal diseases. The Centre initiated a number of clinical trials for evaluation of newer therapeutic methods, two cholera vaccine field trials in collaboration with World Health Organization (WHO), Geneva, cholera carriers, serological and chemoprophylaxis studies. In 1968, the Centre was given the status of "International Reference Centre for Vibrio Phage Typing" by the WHO in 1968 following the outstanding studies of S. Mukherjee in Kolkata and later on, in 1978, it was designated as the "WHO Collaborative Centre for Reference and Research on Vibrios" in 1978. With the advancement in biotechnology, improved diagnostic procedures and discovery of a large number of pathogenic enteric micro-organisms during 1970s, this Centre also expanded its activities which motivated ICMR to elevate this Centre into a full fledged research establishment with the status of a "National Institute" and renamed it as “National Institute of Cholera and Enteric Diseases" (NICED) in 1979. The WHO recognized this Institute as "WHO Collaborative Centre for Research and Training on Diarrhoeal Diseases" in 1980.

NICED conducts research on acute diarrhoeal diseases of diverse etiologies as well as on typhoid fever, infective hepatitis and HIV/AIDS related epidemiological research and screening. Aims of this Institute are to conduct research on these diseases in both basic and applied aspects. The Institute also trains health professionals for better management and prevention of diarrhoeal diseases and for rapid and correct diagnosis of the etiological agents. Epidemiological investigations of diarrhoeal diseases are carried out in different parts of India. Antisera against Vibrio cholerae are raised in this Institute and supplied to the national and international laboratories. Presently, specific monoclonal antiserum for detection of Vibrio cholerae O139 strains have been developed and are supplied to WHO (SEARO), New Delhi for distribution to various national and international laboratories. As WHO Phage Reference Center, this Institute receives a large number of Vibrio cholerae strains from all over the world for Phage typing.